General restock of products on Switchkeys including my switch films finally, and a new little 4 slot tester.

Unfortunately I will be discontinuing films due to being too labour intensive to produce and material supply issues.

Switch films are checked, pre-peeled and then hand cut into individual sheets to maintain a certain level of quality and consistency.

These days, there are plenty of film options on the market.

I have several hundred packs available and will restock Switchkeys continuously until they're all gone (have a lot more white than black).

As mentioned in the previous update, I have quietly opened up my discord server to anyone who reads these updates.

Hey hey people. Here with a small update, been a while since my last. Hope you've all had a nice break.

Switchkeys has been restocked with mod/tester plates and stands. Clear DSA keycaps next, then switch films and more stands in March.

To find my products, search 'laser ninja' or follow this link here.

Been working on some dual stands. I want these to display both keyboards fully, most existing stands tend to hide the keyboard in the back. Sometimes this is unavoidable if you have a very large board in front. For this reason, you can fit a thicker TKL in the front without covering the back.

When switching this around (having a 60% or 5 row board) in the front, there will be a gap. You may like it or dislike it. This is the tradeoff I am going with, and honestly I like some separation between boards. Let them have some space.

This has been on my to do list for years. I'm not that into artisans now so it's hard to find the motivation to work on stuff I don't use.

There's two features that I want to get right - angling mechanism and lid.

I might start off with a basic design and go from there. The final form will ideally have an easy angling system and an easy to use lid system. And perhaps a custom machined or moulded foam insert to hold the keycaps in place, this would be awesome but expensive.

The Pumpkinpad is a 10 key macropad PCB i'm planning to bring out some time. Currently in design/prototying, PCB design by Jels.

The idea behind this is to have fun. I want to design a range of little cases that can be used with the PCB or used as switch testers or artisan holders. It will be hotswap so it's easy to move the PCB around if you want.

The name is from the original case I made for halloween. I've since decided to keep the name because it's unique and I couldn't think of anything better that didn't sound boring like 'ninjapad10'. 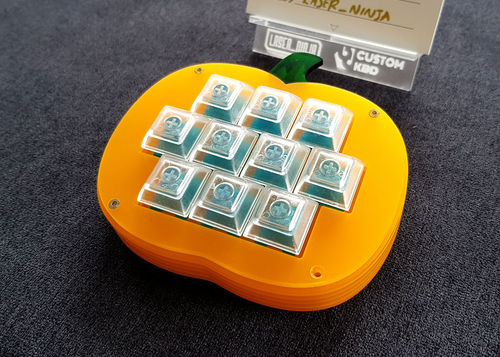 Quietly opening my server to the public.. I don't know who even checks my site but if you do, and you want to join my server - then here's the only public link. Later on I will run some giveaways to promote the server, just don't have time right now.

Thanks in advance for joining. It'll be quiet in the beginning but as I plan on sharing more of my work process and involve the community in my designs.

There's a role you can give yourself for updates but i'll aim to keep pings to an absolute minimum. I know how annoying they can be.

I recently launched v2 switch films on switchkeys and sent some out to aussie streamers to try out and giveaway. Qwertlekeys and zerostresslevel are yet to do the giveaway so follow them on twitch if you don't want to miss out. 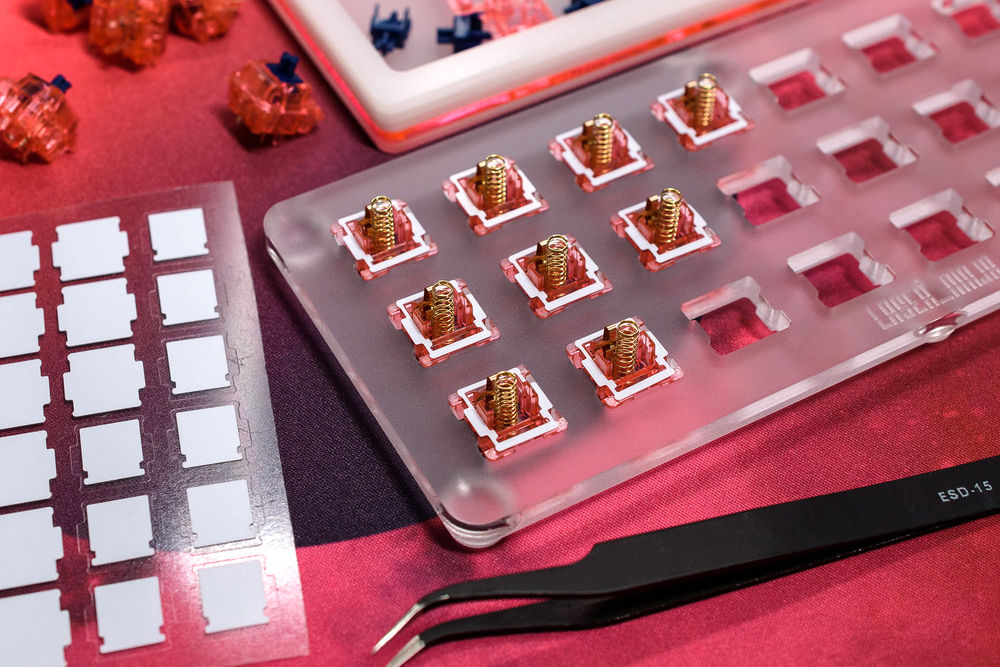 The v2 version only has a small change from the previous one sold on Keyboard Treehouse (which are still available for a little cheaper). The LED slot was blocked in the previous design while it is open in the new one.

I've been looking for alternative suppliers for the acrylic used to make stands and mod/tester plates but it's very hard finding the exact properties i'm after. The current material as you may have seen, is extremely good at resisting fingerprints/marks and diffuses light really well to give it a flat and unobtrusive look on the desk.

This is entirely due to the surface texture. Even when two textures look near identical, they can be more reflective, not diffuse as well or take on fingerprints more easily.

Everyone and their dog has one, I avoided it for years but it's time. I need a place to organise things, gather feedback and show off photos to a wider audience instead of only a few friends.

It will a basic leveling system based on diablo item rarities that i've wanted to do for literally years. Everyone starts out as normal and progress to magic, rare and finally legendary. A sneak peek channel will be unlocked when reaching rare. Set role will be given to friends and distinguished members of the community.

No ETA but probably mid-late september. I'll be posting about it wherever I can when it launches. Maybe do some giveaways on the server as well as snagkeys (AU only mech server). Invite here: https://discord.gg/NaqRqNb. 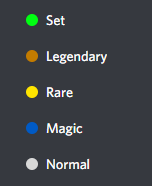 These are available and made to order. I have updated the Iris page on this site with info. The imgur album https://imgur.com/a/0V3lUTj will have pics of various colour combos as well as newly added high profile renders.